This may seem like an odd thing to post about on a craft blog but we all buy crafting materials right? How many of us take real responsibility for where those materials come from?

I’ll freely admit to being guilty of a lazy attitude in regards to this in the past and also, like many of you I suspect, aware of the extra cost incurred in adding Fair Trade or organic products to my basket. That cost is swiftly becoming less of an issue however and there isn’t really much excuse for not doing our part. It’s one of those areas where everyone could take some steps towards doing a little bit and being more aware of where and how our products and materials are sourced.

Which brings me neatly to the answer to the question this post is asking… and it’s a resounding yes!

Back in February at the beginning of 2013’s Fair Trade Fortnight, after a campaign led nationally by the Scottish Fair Trade Forum, Scotland was named as one of the world’s first Fair Trade Nations.

Martin Rhodes, Director of the SFTF, is quoted as saying “Scotland achieving Fair Trade Nation status is the result of a grass roots campaign. People in all walks of life, across the country really are concerned about fairness in international trade and are prepared to act on that concern in their everyday purchasing decisions.”

Definitely something worth thinking on for small business owners when your customers make their opinions known so clearly. With our natural tendency towards upcycling, altered art and general recycling, using Fair Trade sourced materials shouldn’t be too much of a stretch for crafters! 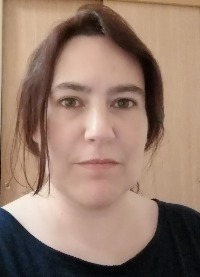 Beautiful tartan on the cutting mat today, and not

Last of the gnomes for now. They've been so popula

Another couple of custom bag orders that flew the

Latest custom order that went off to its new home

It's a chilly night here in West Lothian, obviousl

My lovely friend Lucy is hoping to re-open her LYS

A Little History At the start of last month, Gilbert Baker died. He was just 65 years of age. The name may not mean anything to you but his legacy certainly will. Gilbert was the creator of the rainbow flag; a vibrant symbol for the LGBTQ community and one that is globally recognised. He said he wanted to […]